Hey Colossus are a bit of an odd beast; a sort of noise/droney/experimental/metal with a bit of pop, band. They are impossible to accurately describe, and each album is a little different to the previous. They are resolutely low-key. I had not heard of them in NZ, yet they have been around since the early noughties, releasing records and touring. They released a new LP, ‘Four Bibles’ in May, and it sits very high up on my album of the year list. I was pleasantly surprised that they were playing a gig in St Leonards, and for a paltry £5.50. OK it was a Wednesday, but now I have discovered I can work from a Hastings office a Wednesday is not as tricky as it could be.

After a busy day at work in London I had a fairly stressful drive down to the flat. It was as busy as you would expect for rush hour. I am not a big fan of driving in the dark, off the main highways the roads are crap and I don’t drive often enough now to be totally comfortable on the road. I am becoming one of those slow and overly cautious drivers I hated being stuck behind when I was in NZ. I am seeing the other side now.

Arriving at the flat not long before the gig started, I dumped the load of stuff I brought down, and headed to the pub almost immediately. Rushing  didn’t help the stress levels. I really like The Piper, it is a new pub, having opened since I have been in St Leonards. They have bands, most of which I like, the music in the pub is often really good, and they have a really good house red at a decent price. [*note; 3 weeks later, the good house red at a decent price seems to have ended.] 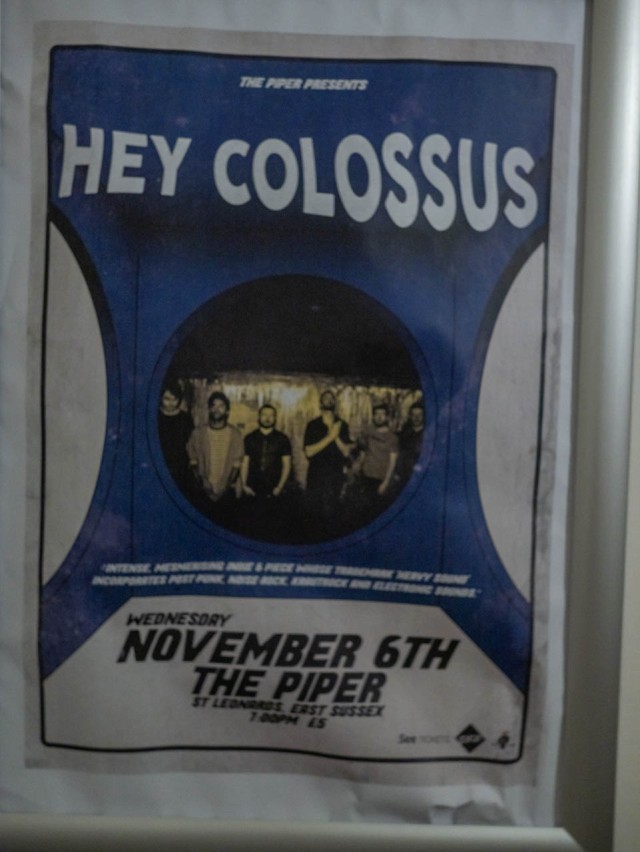 Hey Colossus were supported by Mullholland, a young instrumental duo from the Channel Islands, now living in Brighton, I am guessing there is not much of a music scene on Jersey. I thought they were brilliant, they have released a couple of albums, which I had listened to at work, but they were very much a live band. I took a few photos, and am looking forward to hearing the next, pending, record. 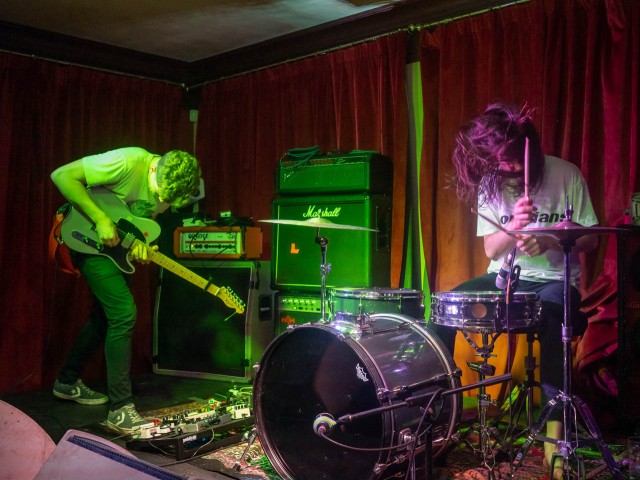 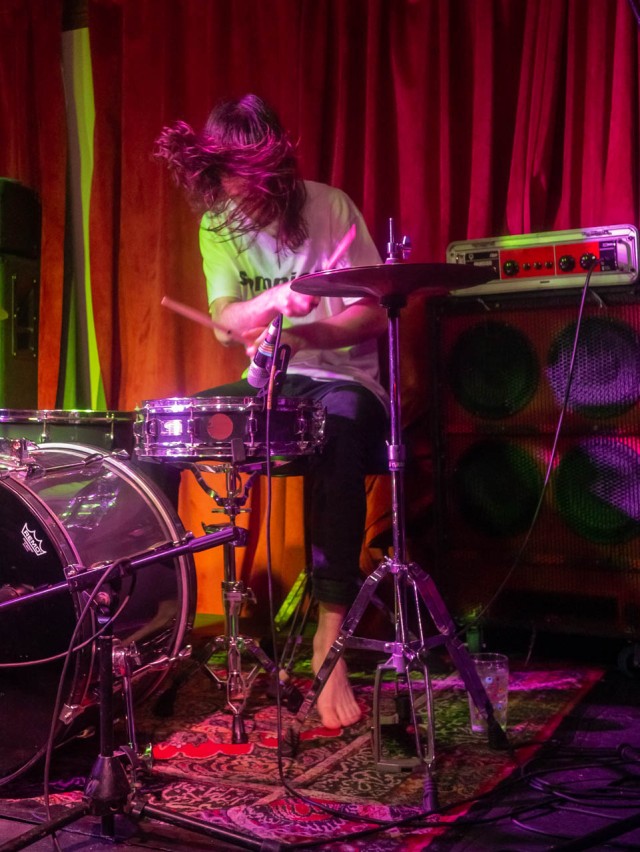 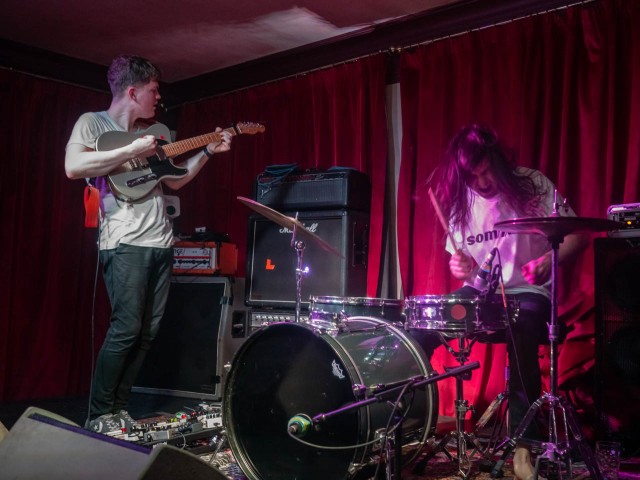 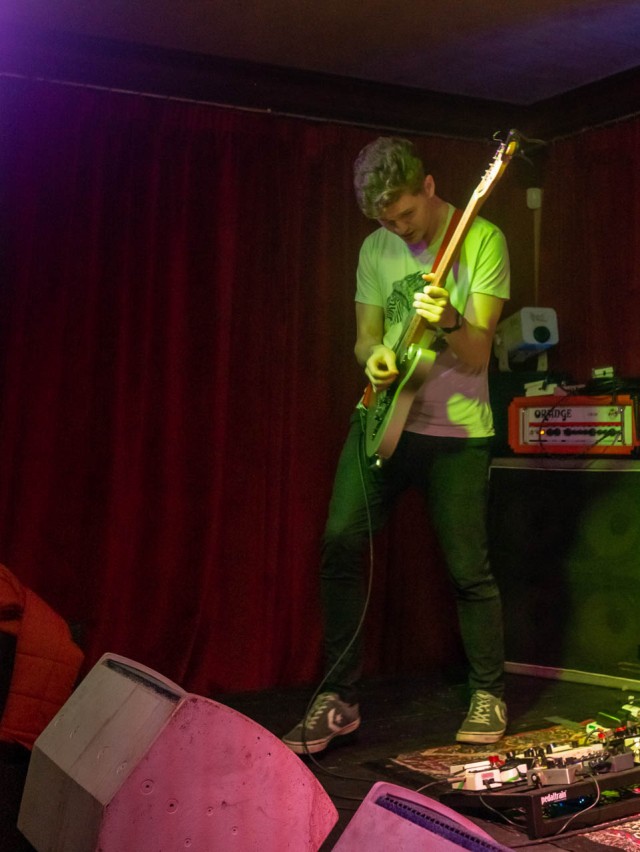 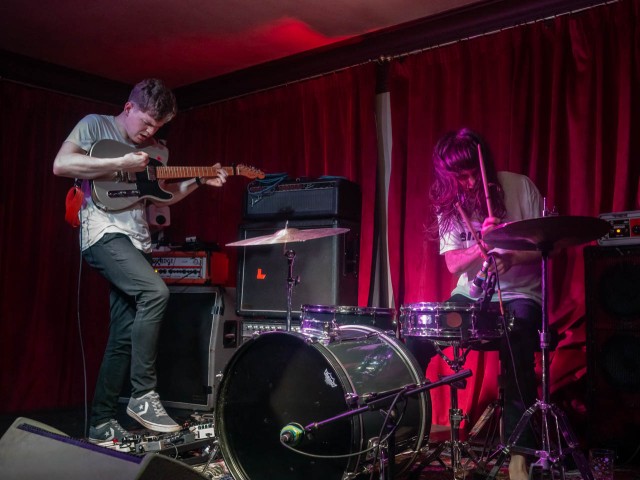 Hey Colossus are a six piece guitar, bass and drum band. A bit too big for the stage at The Piper, and too big for the 20mm lens on the GX800 (basically a 50mm lens on a normal camera). I could not fit all of them in a single shot. This is the first gig on a European tour, they are from London and the south west, so I guess this was on the way to the ferry to France. There had been no sound check, it was at times a total wall of noise, at others the sound was crisp and clean. Either way it was pretty damn good. The vocalist was standing directly under that hideous purple spot light, so I was forced to convert these to black and white. 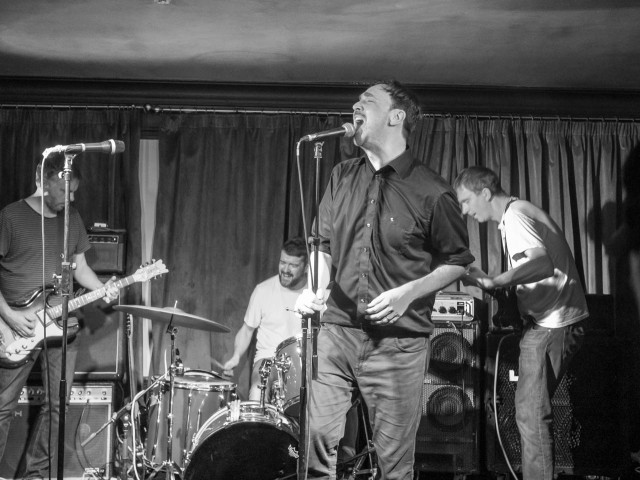 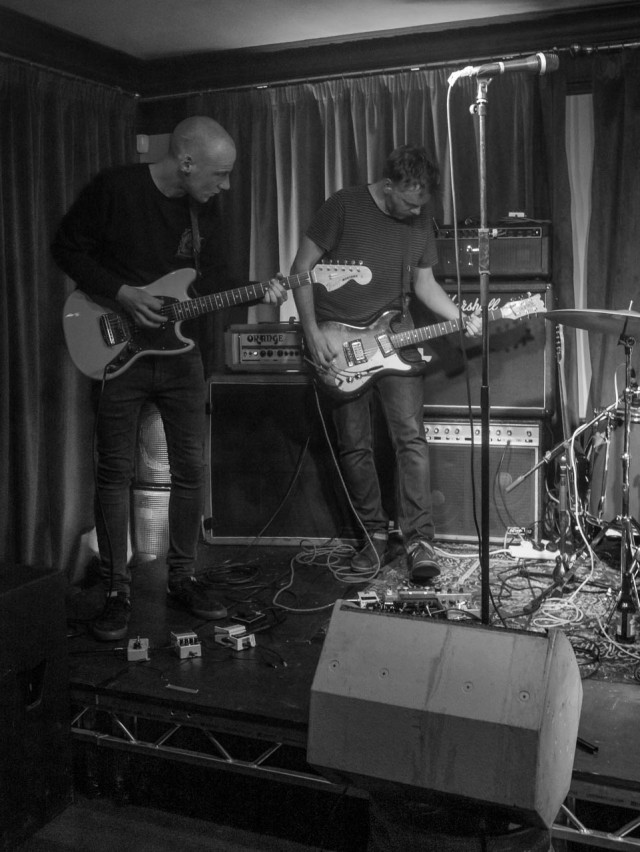 When they hit the stage I am fairly sure they was more band members than audience, something I was pretty upset about, though it did fill out a little once the the music started. I know this is small town coastal England, Brexit country, small ‘c’ conservative, and yes Hey Colossus are never going to be Ed fucking Sheeran, but they deserved a much bigger crowd than this. They are innovative, noisy, talented, though to be fair I doubt they gave a shit. Small audiences are what they are used to I guess. 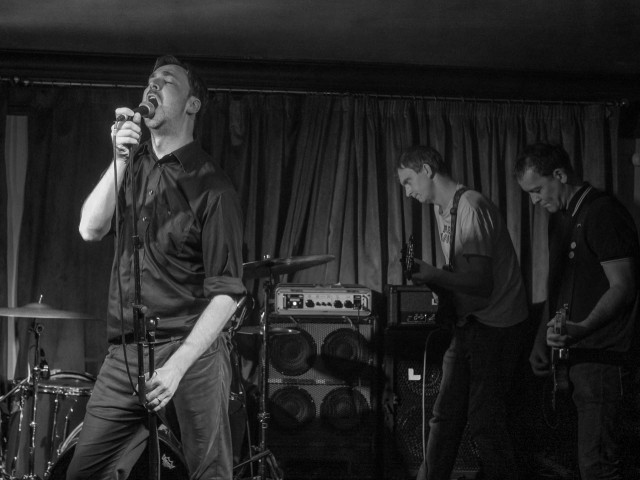 I was mesmerised by the vocalist, he does not look like his voice. Maybe it was the ‘tache. 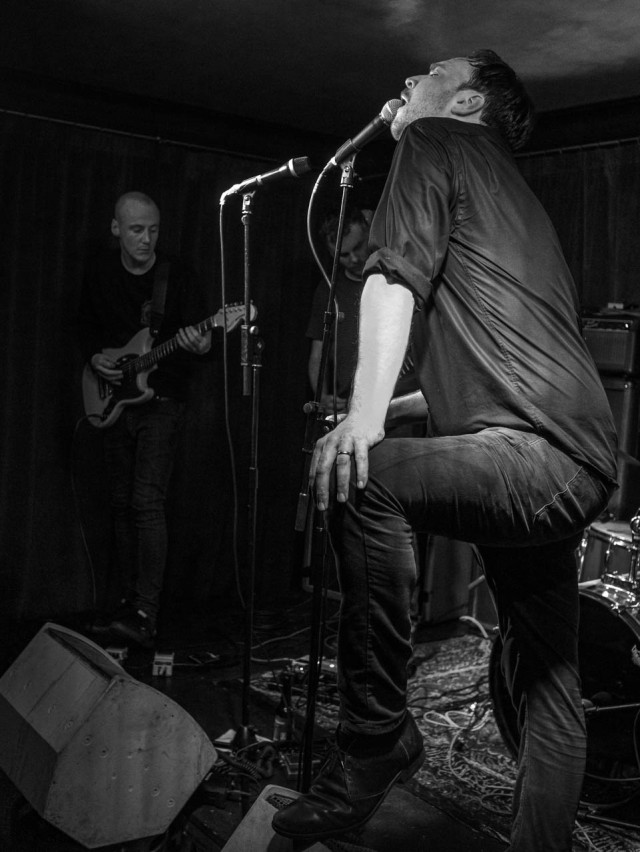 I loved them. My ears less so, they were still humming well after I got to work on Thursday.

I posted  couple of photos on Instagram on Thursday night and Mullholland asked if they could use them, which was very nice. My photos on their Instagram feed get more likes than any photos on my feed!

Originally from Auckland, New Zealand, now living in London.
View all posts by wheresphil →
This entry was posted in Blog, Britain, England, Gigs and tagged Gig, Hey Colossus, Mullholland, St Leonards-on-Sea, The Piper. Bookmark the permalink.
%d bloggers like this: