We were up at 5:30 again after a lousy sleep. There was lots of loud snoring equally matched with some of the local donkeys braying throughout the night, it was a long one.

We packed the tents and the site and were in the truck for 6:00 to drive up the road a bit for a road side breakfast with a great view of the mountain range at sunrise. The Brandburg is an old volcanic range and basically was just popped out of the desert and glows red on a clear day. All around the mountain are small piles of rock that were tossed out during the eruption. They made for some great photo backdrops but I wasn’t really feeling it and this is reflected in most of my photos, though I did get a couple of good ones.

I just love how these rocks just end up balanced on top of others, you couldn’t plan this, nature is so cool! 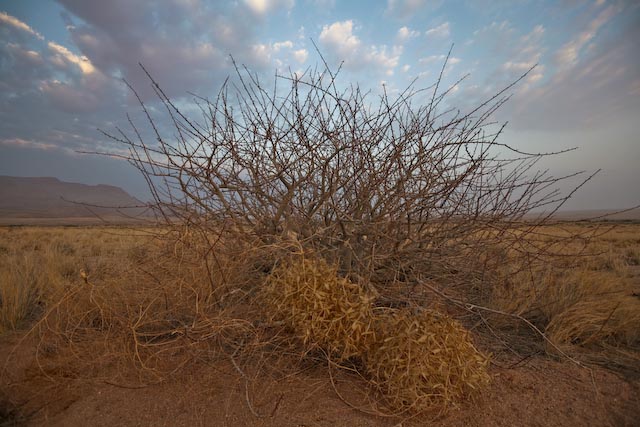 We were on the road for 7:30 and it was a rough old drive out to the ‘main’ road, which was a rough old road as well. We stopped at road side craft stall run by some herero and himba woman in traditional dress. I bought a small bracelet (which I lost the next day) from the himba woman, this afforded me an opportunity to take a couple of photos of her as, well. I took some of the near naked herero woman as well, but they are rubbish photos sadly. The herero cover themselves in mix of red ochre and fat as a form of protection from the elements and bugs, it is quite interesting. 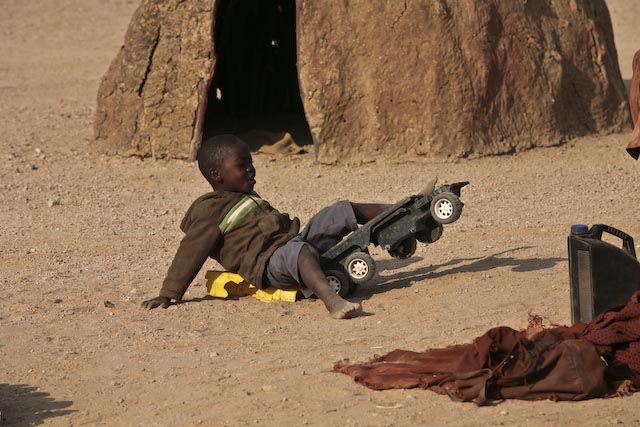 There were a couple of stalls along the way at this one, one of the people on the truck bought one of these dolls so I snapped a shot, of the very happy woman making them.

You need to be careful on the road here! 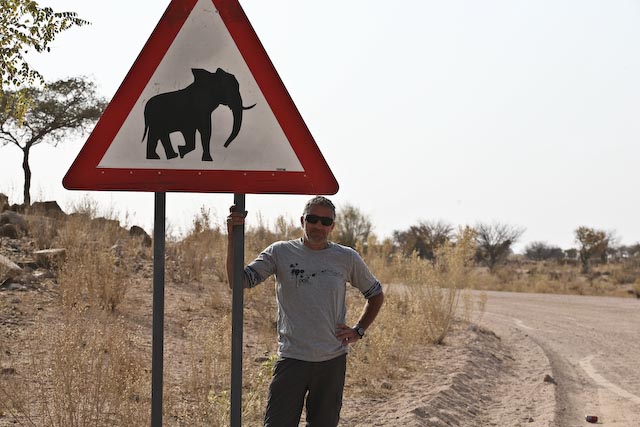 We arrived at Ojitotongwe Cheetah Park mid afternoon, after getting tents up and things sorted I was in the rather cold swimming pool for a much needed swim and dust off. This and the last few camping sites have been really dusty and the dust is just everywhere, I am being quite vigilant with my electronic and camera gear in an effort to keep it dust free, but I can hear the grinding when I manually focus my zoom lens, not a good sound!

At 4:00 we were all picked up by a ute towing a trailer and packed in with the other groups staying in the park and were taken to the main house to see and interact with the tame cheetahs, three adults and a cub. There were a lot of people here and it was a mass of bodies and cameras as people tried to get the best shot, I was one of them of course – though I was trying to get an angle that excluded the house and other people in my shots. It was pretty hopeless really. I did get my photo taken with one of the cheetahs – see that cool bracelet ! 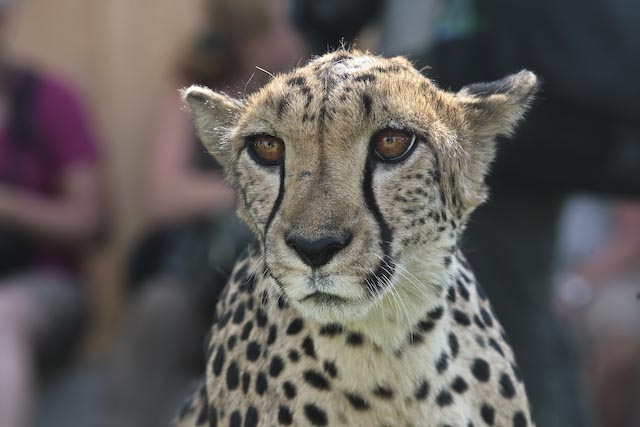 I was conflicted over the cheetah park. On one hand it was great to see these beautiful animals up close and to be able to touch them and feel the power in their bodies and roughness of their fur, it is possibly the only time we will see them as well. On the other hand this was purely and simply a money making attraction for this farming family. Yes, they do take in cheetahs that are trapped by the local farmers – at least they are not shot out of hand like they used to be. However, the farmers did not talk about the animals, there was no information on them, their habitat, what the “conservatory” was trying to achieve, it was a case of hand over your money and come and get your photo taken with the animals, it was deeply disappointing really.

After the close up session we were all bundled back into the trailers and taken to a large fenced section of bush land where we watched the cheetahs being fed, again I loved watching it and took a load of photos, but it was a shame that there is no effort made to rehabilitate the animals and prepare them to be released, they are just fed by hand. A conflicting afternoon! 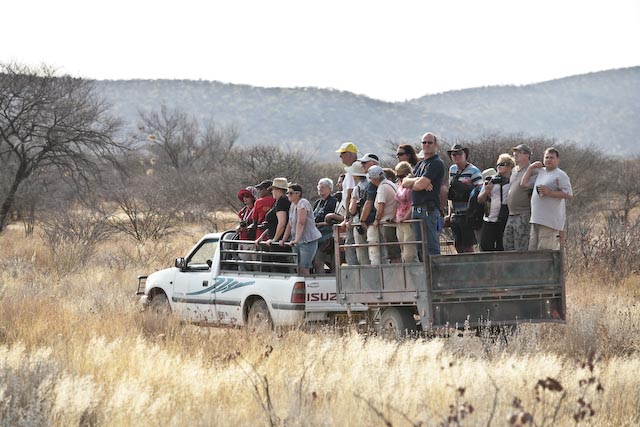 It was Dave’s birthday today so after dinner back at camp we had birthday cake that Ibron had made on an open fire. It was a decorated and piped, triple layer chocolate cake, moist and delicious. I could not make this cake in a kitchen let alone on an open fire. Ibron is a pretty amazing chef!

We had a later start in the morning so most of us stayed up a bit later past the usual 9:00 pm or so bed time. It was another enjoyable, but challenging day.

Originally from Auckland, New Zealand, now living in London.
View all posts by wheresphil →
This entry was posted in Africa, Blog, Namibia and tagged africa, cheetah, namibia, Travel. Bookmark the permalink.
%d bloggers like this: