I was up early, said farewell to Ian and down at the bus stop ten minute before the bus was due,. Naturally it was late – maybe it was going to fly : )

In an unusual step I was not taking my pack, just a small case – not sure if this is a subconscious reflection on my desire to settle down for a bit and not carry the pack around with me.

The bus ride was quick, as there was not too many passengers heading all the way to Malaga the three of us who were ended up in a mini-van at Velez-Malaga and blasted the motorway into town, arriving twenty minutes early. I grabbed a cab to the Don Curro hotel and then went off and chilled in a cafe over my book and a coffee until my room was ready. I spent the afternoon in the Picasso museum and the museum of contemporary art as well as wondering the streets between. I had a massive salad and a few roses for lunch.

Rreligious objects for sale next to Santa Anna 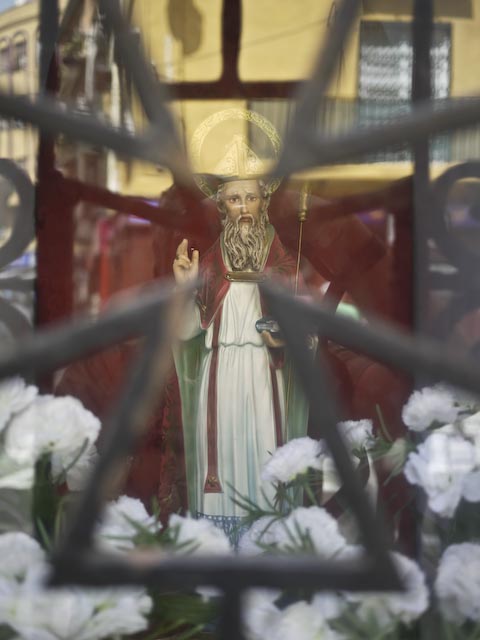 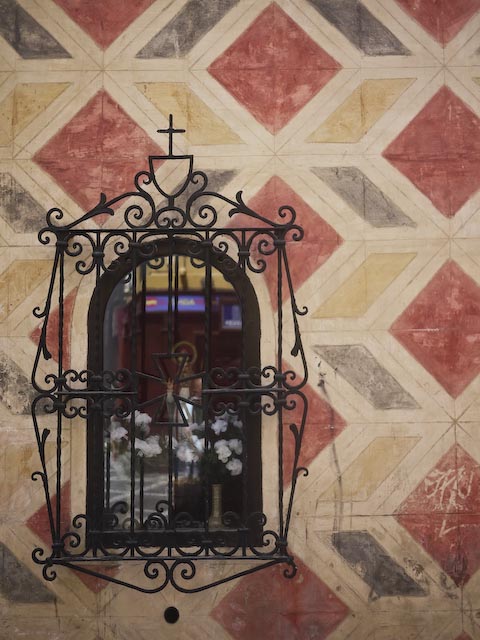 The Picasso museum was excellent, I think I liked it better than the main one in Barcelona, and I managed to sneak a couple of shots too 🙂 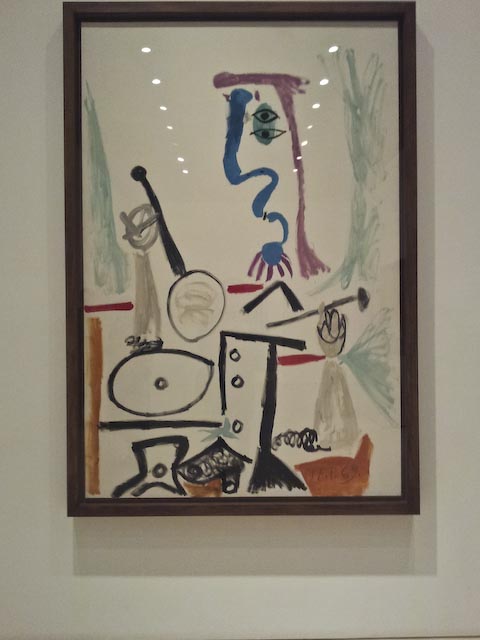 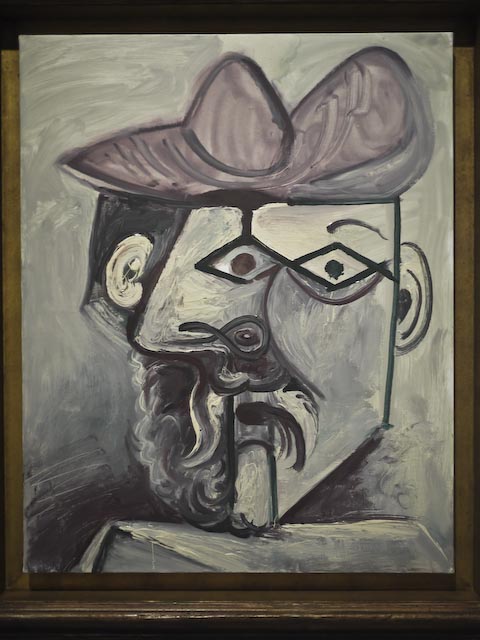 The museum of contemporary arts, has been compared to the Tate Modern, which is a bit rich really, not a lot there I liked – a Warhol of course ! 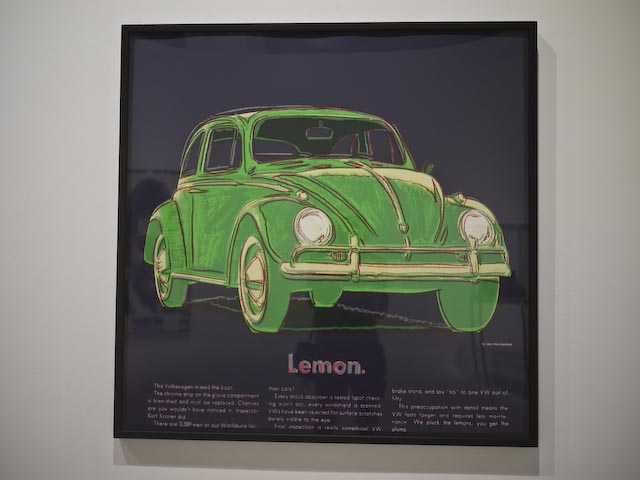 I also managed to pick up a power supply for my laptop so spent some quality time watching season three of The Wire before heading out for a light dinner and a couple of vodka tonics.

Wednesday was really foggy, very surprising. Breakfast in the hotel wasn’t served until 8:30 so there was no point in rushing out of bed. I managed to consume a fair amount of very average breakfast before setting out around 10:00 for a trip to the Alcazaba de Malaga and the Castilleo de Gibralfaro.

The Alcazaba starts in the centre of town and meanders up the hill towards the Castle, at this point in time they are not linked internally so getting to the top of the Alcazaba still means a walk back down. The core of the Alcazaba dates back to the 11th century when the Moors (Morocco) ruled southern Spain until the 15th century when the Spanish took over. The site has been extensively renovated with work continuing today. Large areas are closed off to the public. 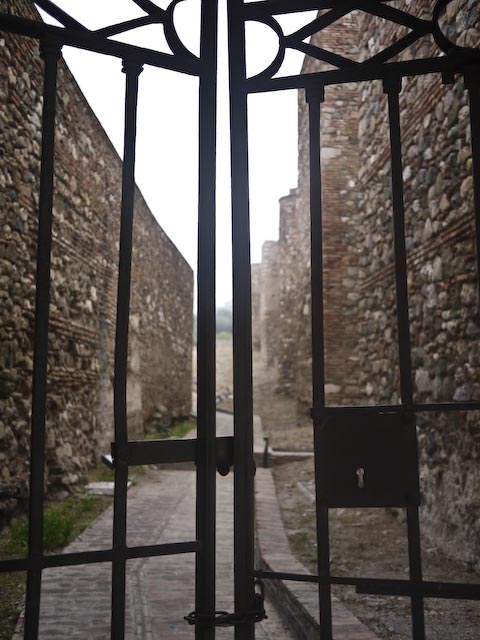 There was not a lot of detail to see, I liked the water fountains as usual and I really loved these channels that run water from the top down to the bottom, via all sorts of fountains and small water falls – a very cool piece of engineering.

There was no view !!! over the harbour.

back over the city. 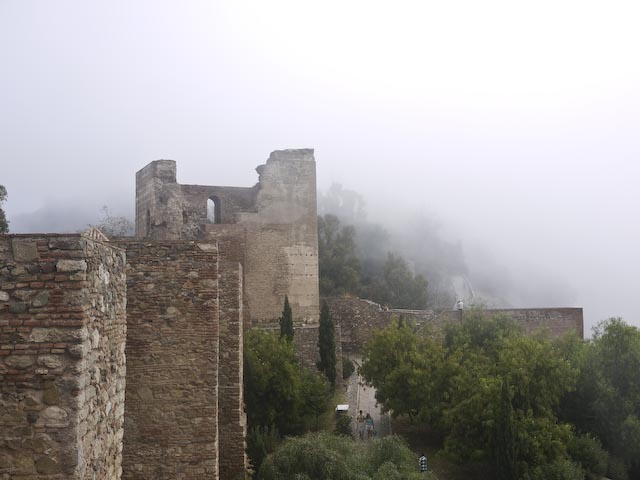 Up to the Castillo 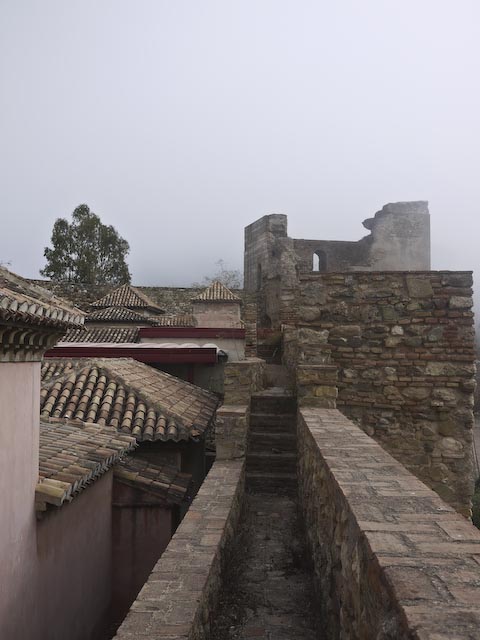 From Alcazaba I took the gruelling walk up the hill to the Castillo, I was glad of the fog, at least I was not walking in the baking sun, it was bad enough as it was ! 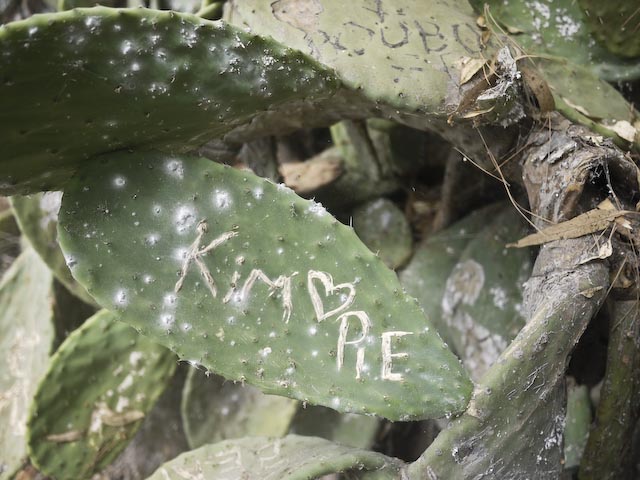 The Castillo was started in the 14the century to protect the Alcazaba palace below, again it has been extensively renovated and made safe for tourists to walk the ramparts – and again no view, it would be stunning on a clear day!

Looking down over the Alcazaba.

I enjoyed my couple of hours wandering the two sights, enjoying seeing some old stuff again!

After the tour I walked the streets in search of pizza and a few roses, I found both and had a pleasant lunch and read in a cafe. I ended up buying a bottle and sitting in my room through siesta, supping on rose and watching The Wire until a late snack was had at a local vegetarian restaurant.

I was a bit groggy when I woke up on Thursday , not hung over, just not 100% – that will teach me for having an indulgent afternoon, but it was quite exciting having my laptop back again!

After breakfast and packing up my stuff I went for a walk round the Cathedral, semi interesting, like many things in Spain it has a long and slow build history and the reason it only has the single tower is they ran out of money during the final build in the 18th century. In the top photo you can see a piece of net strung under the ceiling, these were all over the interior of the Cathededral, stopping bits of plaster from falling and killing visitors. 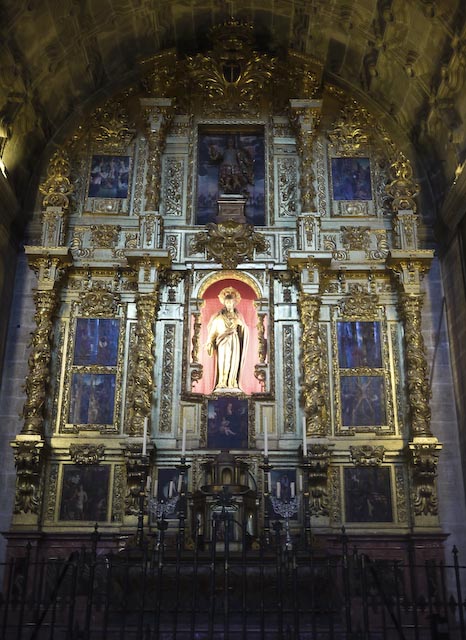 This guy is freaky, scare them into believing !

As I was walking to the cab rank to get a ride to the bus station I found this ATM, must be for the shorter folks amongst us. 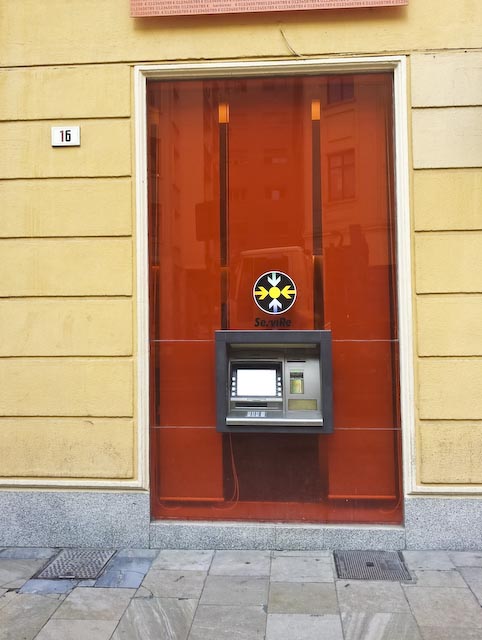 The bus ride back to Alcaucin was uneventful and Ian had already gone for the afternoon when I arrived. Once I had done washing, walked and fed the dogs I sat down and got a whole bunch of bill paying done before ringing the UK job agency that left me a message on my phone. Sadly the role they had me in mind for was permanent, oh well, maybe they should have read my CV more closely!

The good news is number 20 has finally given the go ahead to paint the house so I have something to fill my day for the next couple of weeks – YUS !!!

Sorry, not my best work. Not feeling it at that moment, but am of course keeping this as my record of my travels !

Originally from Auckland, New Zealand, now living in London.
View all posts by wheresphil →
This entry was posted in Blog, Spain. Bookmark the permalink.
%d bloggers like this: